NEO SERAFIMIDIS’ recent photographic work explores the mysterious, uneasy character that the cars, houses, and other artifacts of one’s own neighborhood take on at night, transforming them from quotidian to strangely alluring or even menacing. Objects are experienced in a realm somewhere between animism and anthropomorphism. Channeling childhood memories of navigating the dark neighborhood streets to get home and escape unknown dangers, or of delivering newspapers in a sleepy delirium in the very early morning, Serafimidis taps primal psychological states in the narratives that emerge.

NEO SERAFIMIDIS is a photographer based in the San Francisco Bay Area. Much of his recent work is documentary and street photography focused on recognizably old artifacts from automobiles to ephemera and comprises an exploration of memory, nostalgia, and feelings of personal loss. He is also a composer of electronic music and has written scores for theater, modern dance, and multimedia. Neo attended graduate school at the University of Washington in Seattle, where he received a PhD in philosophy. Neo took up photography in earnest after moving to the San Francisco Bay Area in 2001. 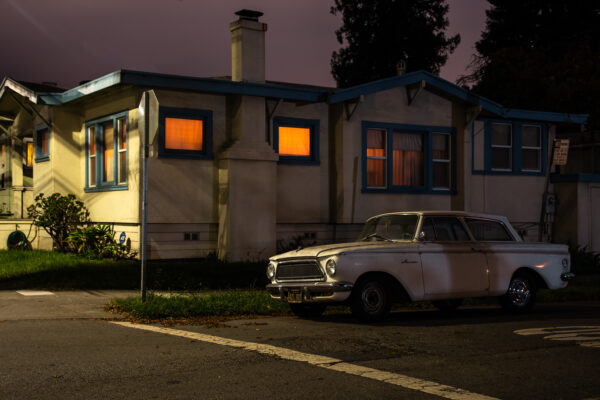