Oakland-based artist Eric Bohr presents Variations new large scale mixed media paintings exploring the wide range of possibilities inherent in the monochrome tradition. Bohr continues his ongoing dialogue with the color blue from which he has developed a luminous style of gestural abstraction that moves between restraint and release the calm and the kinetic. 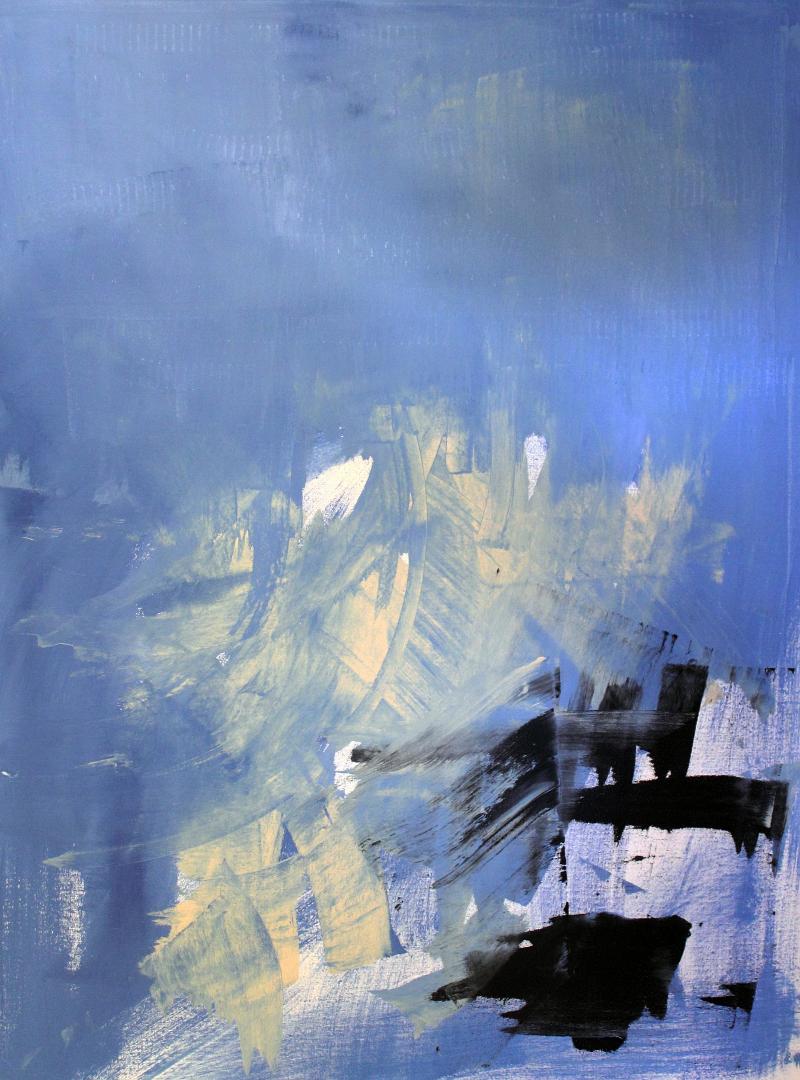 Originally from Lansing Michigan Eric Bohr has lived and worked in California for over twenty years. He apprenticed with Michael Jacobs in Venice California for four years before moving to Oakland in 1999. His work has been shown in Los Angeles San Francisco New York and Washington D.C. and is included in many collections in the United States and Europe.

Exploring the explosive forces of nature Oakland painter Terryl Dunn presents a new series of work titled Megathrust. The shift in both subject to current natural events and palette in a dramatic departure into black and white started with last year’s Mississippi Rising exhibit and continues with these new pieces. 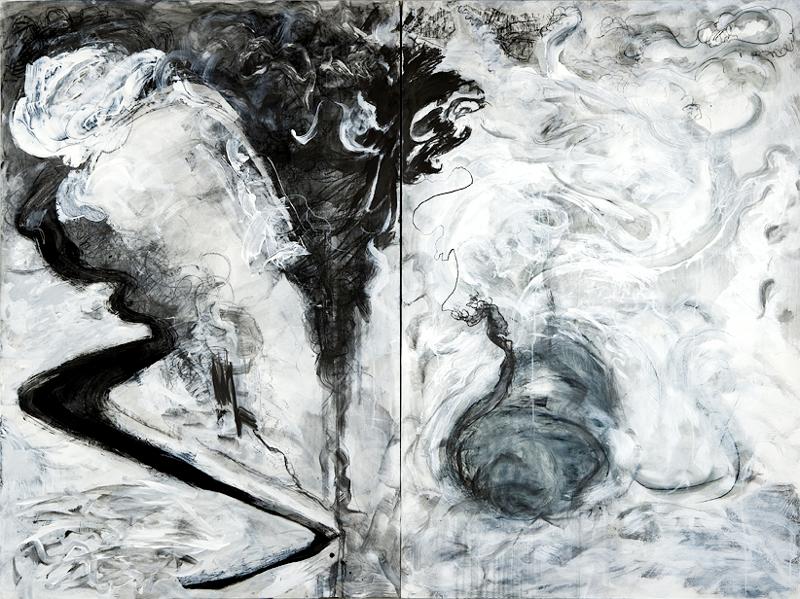 Dunn’s inspiration is the 2011 Tohoku earthquake and tsunami. In this work he imagines energy as it moves through the different elements examining how line can signal speed reverberation and cross current. In addition to conventional brush and paint the artist uses loose graphite and an electric sander in his mark-making process.

Terryl Dunn was born in Portland Oregon and received his BFA from Pacific Northwest College of Art in 1982. He has exhibited in Portland San Francisco and and New York.

Mercury 20 is pleased to present P.K. Frizzell Peter Honig and Dave Meeker in the group exhibition Object Lessons. The artists are united in their use of found objects to create sculptural work as well as in their engagement with themes of reflectivity luminosity and humor.

Exploring and exploiting the possibility for transcendence contained in the seemingly mundane P.K. Frizzell‘s layered transparent prints of paint-can interiors reflect her conviction that "the interior of our human experience though contained in a finite body is vast and beautifully mysterious". Through the embedded lenses of her cast resin "mind cones" objects are revealed as symbolic containers of experience revealing the complex organizational strategies employed in the production of memory.

Peter Honig‘s large-scale luminous prints of humorous scenarios created from found objects hover between the realm of sculpture and still life photography. Honig manipulates detritus rescued from the landfill and creates minimal vignettes that mirror interior psychological states. In Honig’s world the interwoven planes of humor and horror exist in harmonious dead-lock platforms for the exploration of consciousness.